Domestic Violence Spills Out of the Home

Home/Uncategorized/Domestic Violence Spills Out of the Home
Previous

Domestic Violence Spills Out of the Home 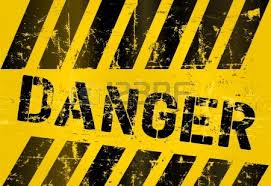 And infects the workplace and society.

According to NBC News, “The gunman who turned a Texas church into a shooting gallery had a turbulent and violent past, including a court-martial from the Air Force for fracturing his baby stepson’s skull, an animal cruelty arrest — and a habit of harassing ex-girlfriends.”

“Years after dating me he would try to bribe me to hang out with him,” Landry, who met Kelley in church as a teenager, told NBC News in a Facebook message. “He ended up assaulting me. He would stalk me by repeatedly calling me — even prank calling me, saying really weird stuff.”

Without being aware, we walk the streets, go to work, and even pray with victims and predators of domestic violence.  It isn’t just in the home. Domestic abuse follows us to work and other areas of society, including the church.

As in my case, it spills into the workplace when a person is harassed by:

According to Futures Without Violence, formerly Family Violence Prevention Fund,

“With nearly one-third of American women (31 percent) reporting being physically or sexually abused by a husband or boyfriend at some point in their lives, it is a certainty that in any mid-to-large sized company, domestic violence is affecting employees. It is crucial that domestic abuse be seen as a serious, recognizable, and preventable problem like thousands of other workplace health and safety issues that affect a business and its bottom line.”

Michele Nealon-Woods in her blog for the Huffington Post writes, “The ripple effects, unfortunately, don’t stop there: Children who witness domestic violence can experience lifelong effects from poor performance in school to early death; domestic violence costs more than $5 billion in medical and mental health care each year, and an estimated 8 million days of paid work are lost annually because of domestic violence.”

When will it stop? When each of us becomes proactive by noticing and reporting abuse. There are red flags. Warning signs include jealousy, abusive texting, hypersensitivity, cruelty toward animals, controlling behavior, isolation, and making excuses are just a few.

Let’s find our voice before another incident occurs. Each of us can make a difference!